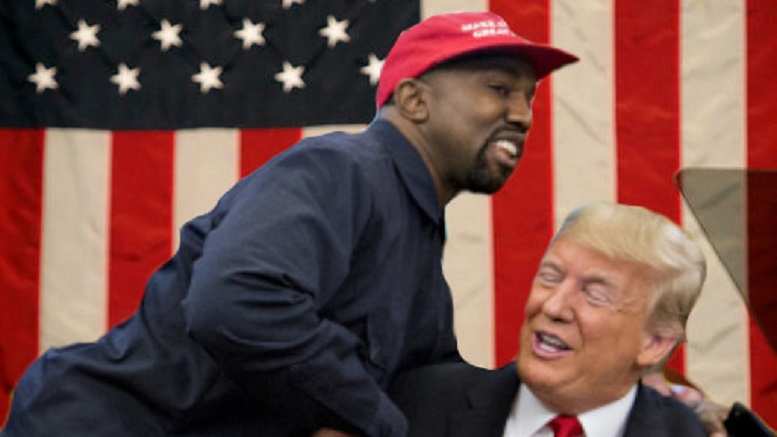 The State Of The Union address got off to a rocky start when President Trump was charged by one of his guests not long after he started speaking.

Ironically while wearing a MAGA hat, Kanye West lunged directly at the President yelling “It should have been Beyonce!”

Secret Service agents were on the verge of shooting the outspoken rapper when President Trump put his body in between them and said “Don’t Shoot ! He’s a friend of mine.”

Kanye apologized for the interruption, explaining that, though he’s a big fan of the President, he feels compelled to object to any honor that doesn’t go to Beyonce.

Trump said that he understood, and harbors no ill will over the incident.

“Except towards Nancy of course.”

Be the first to comment on "Kanye West Disrupts SOTU Address Yelling “It Should Have Been Beyonce!”"