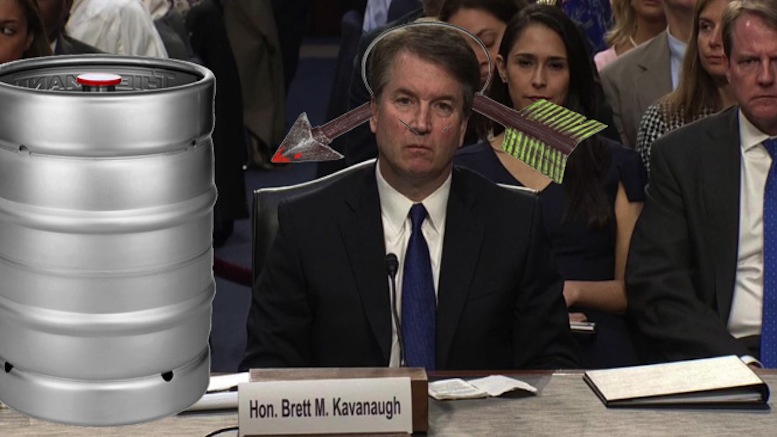 The Senate hearing to determine whether accusations against Judge Brett Kavanaugh are credible got off to a bad start for President Trump’s nominee today when he turned up with a full keg of bear.

Senator Grassley had to remind Kavanaugh this was not an event where alcohol was appropriate. It was then that Kavanaugh noticed Senator Feinstein and the other female members of the judiciary committee.

“I thought it was just us bros?”

After being reminded that there are four female senators, all Democrats, who sit on the committee, Kavanaugh admitted he had forgotten that.

“My mind’s like a sieve when it comes to certain groups of people.”

Kavanaugh then removed the novelty headband he was wearing and got serious.

“Let’s get this over with then, so we can PAR-TAAAY!”

1 Comment on "Kavanaugh Brings Keg To Senate Hearing “I thought it was just us bros?”"