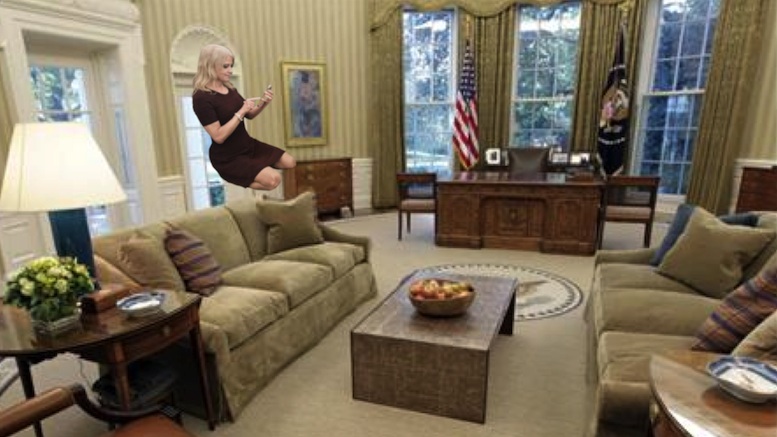 (The White House) Days after being ridiculed for a photograph of her kneeling with her heels on an Oval Office couch, special advisor Kellyanne Conway has apologized for any offense it has caused saying she was only trying to get a good angle to take a picture.

Additionally she has promised to use her magical powers to levitate above the couch in the future, such that her footware does not come into contact with it.

Contrary to what is popularly believed, witches do not require a broomstick to defy the force of gravity, and need only recite the correct spell.

Should her magic prove insufficiently powerful, she will ask dark wizard Steve Bannon for help, whose access to the unholy forces of the Underworld means he will certainly be up to the task.