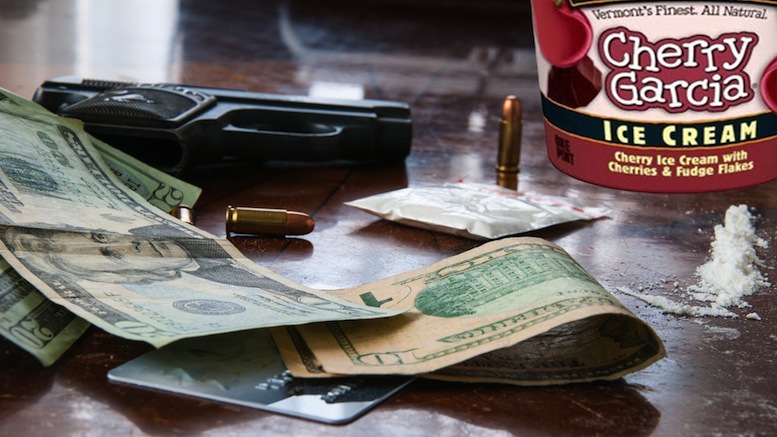 Authorities are warning of an expected crime wave related to the illegal ice cream trade, after Kellyanne Conway let slip that it was more potent than heroin and other opioids.

“If you’re caught selling it outside of established stores, expect jail time.”

Previously known only to recently dumped women whose stupid ex-boyfriends didn’t realize they were so much better than that trashy mean girl, tubs of ice cream are notoriously additive and provide a high like no other.

“Once you’ve done Baskin-Robbins, nothing else will do.”

With even low grade junk like Breyers and Turkey Hill fetching a premium on the streets, violent turf battles to establish dominance are sure to be next, with rumors that South American cartels are looking to take over.

“We urge the public to stay away from Dairy Queens in the coming weeks.”