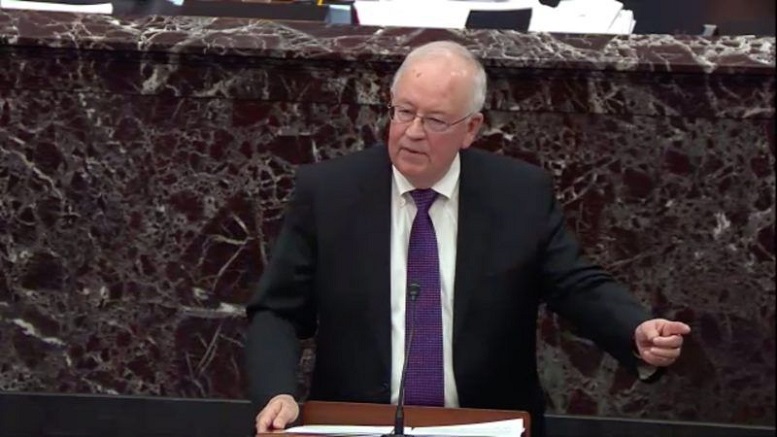 Despite a jawdropping preformance in which he brought up sports scandals and invoked the words of MLK to defend the President, Kenneth Starr has asked for the indulgence of Justice Roberts and the Senate to be given more time.

Starr said that he hadn’t even gotten to the main crux of his argument, which is that Gandhi would definitely vote to acquit President Trump in the impeachment trial were he alive today.

“It’s very clear to me that the Mahatma would be a Trump supporter.”

Starr said he plans to outline in detail to senators how Gandhi always stood up for the downtrodden.

“Whether that be a person of color in South Africa, a member of a lower caste in his native India, or a billionaire Chief Executive being bullied by the Constitution.”

Starr says he won’t take long as he is already commited to joining Harvey Weinstein’s legal team in the coming days and needs to get to work on that as soon as possible.

“I must prepare my argument that Susan B Anthony would have given my client’s behavior an enthusiastic thumbs up.”