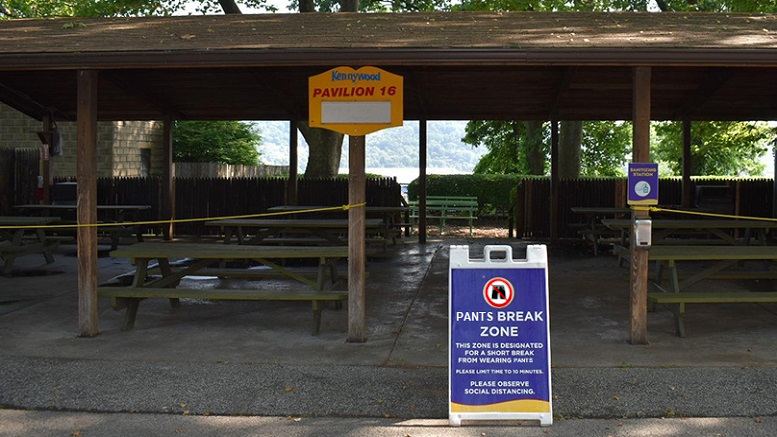 Following a backlash over its controversial ‘Mask Break Zones’, local amusement park Kennywood has said it is removing them days after opening.

As it doesn’t want the spaces it created for the mask break zones to go unused, Kennywood says they will be used for a far less controversial initiative – the pants break zone.

“If you feel you need a break from walking around a hot park in your pants and underwear visit one of our 3 designated pants break zones!”

Patrons will only be allowed into the zones after undressing from the waist down.

“If your privates need some air after a ride on the Steel Phantom, no problem!”

Just like with the mask free zones, however, social distancing must be maintained at all times.

“This is still Kennywood, not Liberty avenue in the 1980s.”