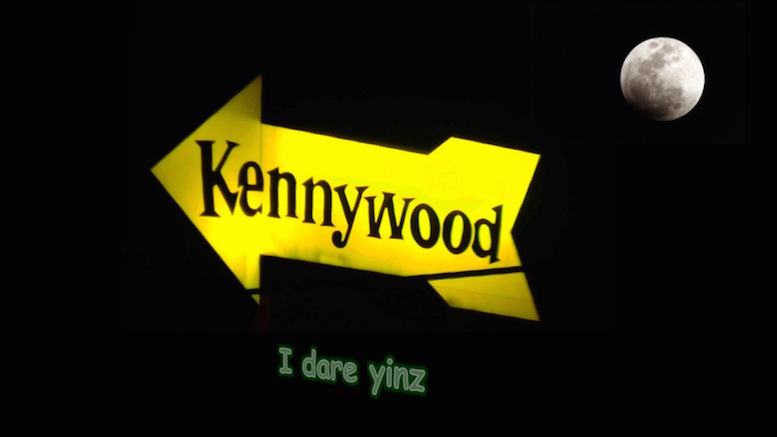 Kennywood’s newest mascot, Mr. Fanatic, made his debut at the popular amusement park this week and appears to be an instant hit. Rather than being a friendly kangaroo named Kenny or a non-threatening bright yellow arrow, this latest mascot is an imposing young man with black and gold facepaint, and, lest anyone not realize this badass means business, a Mohawk. Despite being of small stature, Mr. Fanatic is an imposing presence, a skill honed during a sabbatical with a band of rugby-playing Māori in New Zealand.

“Sending a mascot to the other side of the world to learn attitude from a famed warrior culture may seem over the top, but, when it comes to Kennywood, there is no room for short cuts, even in the rollarcoaster maintenance program.”

As expected, the new mascot espouses Kennywood’s ethos that visiting the park be an experience you will look back on fondly.

“For us it’s important that Kennywood is about memories, whether that memory is of the first time you tasted candy floss, or felt the trill of being whisked up off your feet, or got a bloodied lip doing street battle with kids from that other school who are your sworn enemies.”

Most parkgoers are in full agreement that the new mascot fills a gaping hole.

“If there’s one thing Kennywood needs to do this season, it’s to work harder to bring out the primal urge to do battle with each other that modern sports are a surrogate for. Cue Mr. Fanatic.”

Though many assume the subclinically psychotic mascot is the amusement park’s response to recent events, it turns out that Mr. Fanatic was actually conceived long before the urban warfare that erupted on opening day.

“We love to say that was our inspiration but really it was just a lucky coincidence that our latest mascot is a perfect manifestation of man’s most tribal instincts.”

Admittedly a few visitors to the park were less than approving of the new mascot. Mr. Fanatic said it doesn’t bother him too much as you can’t please everybody. He then excused himself so he could go and ‘sort them out’.

Be the first to comment on "Kennywood’s New Mascot Mr. Fanatic Very Much In Tune With The Times"