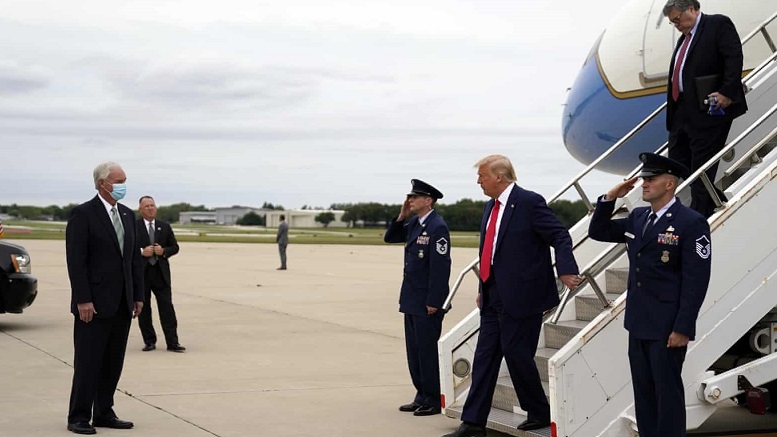 (Kenosha, WI) Residents of the troubled town of Kenosha, Wisconsin, were warned today that an internet rumor that outside extremist agitators were on their way appear to be true.

“An announcement by one of these agitators on twitter using the handle @realdonaldtrump appears credible. Given all the vile content that has been posted using this account in the past it’s clear this threat should be taken seriously.”

Far from having any genuine interest in what’s happening in Kenosha, experts warn outside agitators like this are really only interested in promoting chaos and boosting their own deep-seated low sense of self-esteem.

“They look for unfortunate situations like this to take advantage of, and, though they may say they are standing up for one side or the other, it’s really about filling the morally bankrupt void within their psyches.”

Anyone encountering the outside agitators are advised to avoid them.

“They are inherently violent and without conscience, and often travel in large convoys made up of like-minded sick individuals who think nothing of causing harm to others.”