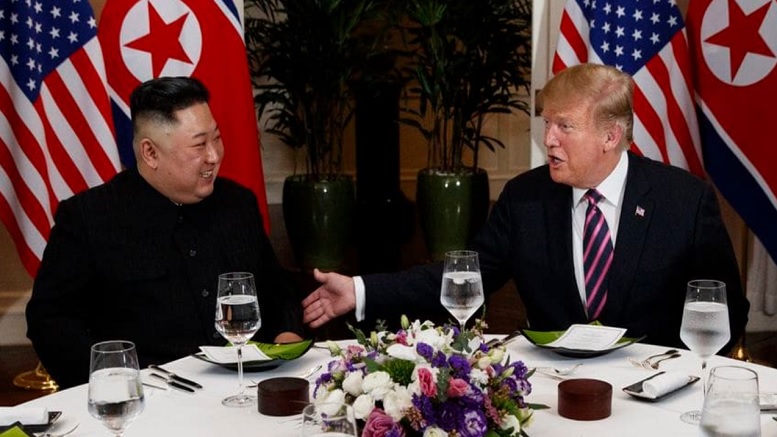 North Korean leader Kim Jong-un expressed his confusion today to President Trump after the United States leader wouldn’t stop complaining about the ‘witchhunt’ he was facing at the hands of Robert Mueller.

“Okay but why don’t you just kill him?”

Jong-un went on to explain how he has people killed over the slightest annoyance, such as his coffee being cold.

Though the meeting went well, Kim insisted he would not meet Trump again until he read that the Special Prosecutor had met an untimely demise.

“It’s about time you passed the initiation right for our little club, and Vladimir is with me on this.”

1 Comment on "Kim Jong-un Confused By Trump’s Mueller Woes “Why don’t you just kill him?”"