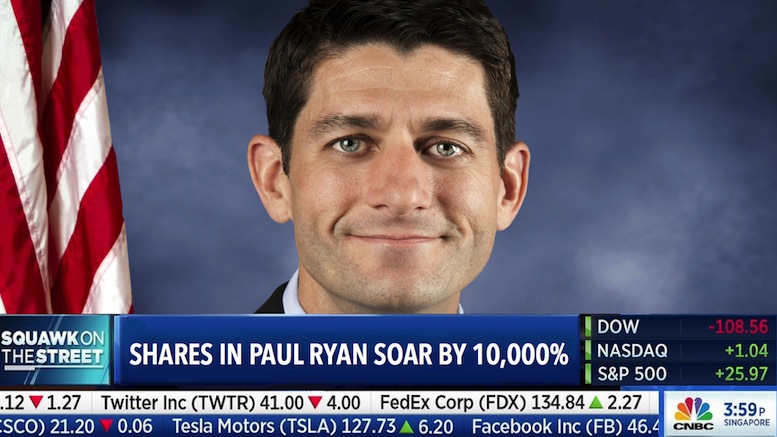 Describing it as the jewel in the crown of their extensive portfolios, the Koch Brothers today heaped praise on their favorite stock, Paul Ryan, which they say is paying off like gangbusters.

Billionaire energy mogul Charles Koch and his wife said their latest market play was one of their best ever.

Not only does Paul Ryan provide astounding returns, say the brothers, it’s also the least troublesome investment they have ever owned.

“The great thing about Paul Ryan is that you write your check and forget about it. It figures out how to generate a huge profit all by itself.”

They say other billionaire investors are fools for letting themselves think Paul Ryan may not be able to perform based on its clumsy optics.

“Paul Ryan may not look like much compared to most fancy portfolios but don’t let the goofy appearance deceive you. This business venture is rock solid.”

Sadly for the Koch Brothers, they hear Paul Ryan will be closing down at the end of the year.

“It’s a shame, of course, but we have every confidence we’ll find something else equally good to throw our money at.”