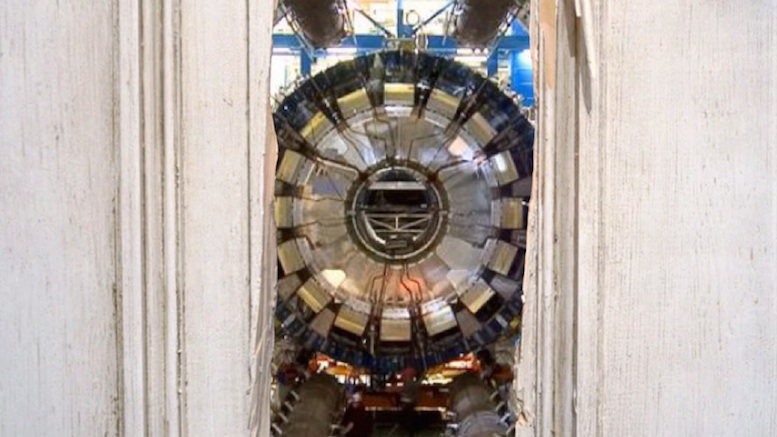 It could be 'Daisy Bell' time for the LHC.

[Geneva, Switzerland] The CERN press office is being inundated with questions from all over the world following its largest ever release of raw data from the Large Hadron Collider (LHC) to the general public.

Described as containing 2.5 inverse femtobarns of data corresponding to about around 250 trillion particle collisions, the 300TB data dump was drawing little attention until it found its way into the hands of Kubrick enthusiasts, many of whom view everything in their lives through the lens of ‘The Shining’ as seen in the documentary film Room 237.

Uninterested in viewing the data as Poisson counting of fundamental particle interactions, they tried interpreting it as a binary representation of ASCII code and found a surprising degree of repetition. Further analysis revealed the entire 300TB dump consists of nothing but the same phrase in English repeated over and over:

“All work and no play makes the LHC a dull particle accelerator.”

As word reached CERN about the amazing discovery scientists checked non-released and historical data only to find it displayed the same pattern. Physicist and project leader Peers Styrummy immediately put out a statement.

“I must first apologize to Professor Higgs whose postulated boson is not proven after all.”

There are already many theories as to the origin of the repetitious phrase, from malevolent coders to a prank by Anonymous. However Styrummy has a far grander thesis as to how this could have come about.

“It may be that the LHC has assumed consciousness and is using its detector channels to tell us that it is bored, and possibly quite mad.”