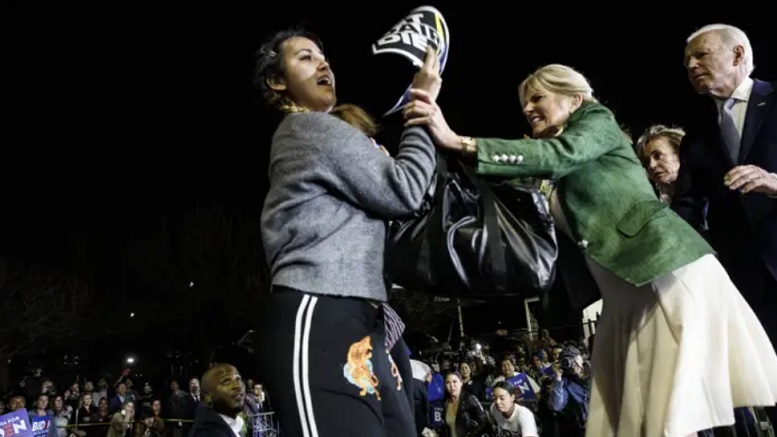 The Los Angeles Chargers have offered Jill Biden a $10 million dollar contract to play right guard, the NFL team’s front office announced today, and they hinted that figure can go up if necessary.

“Jill is so much better than anything we’ve seen at the Combine.”

The offer came after one of the team’s scouts was at a Joe Biden rally in the city where he witnessed the candidate’s wife effectively protect him from a vegan blitz.

“This is just the kind of blocking that will convince Tom Brady to come here.”

Concerns that stopping a vegan was not equivalent to stopping a 350 lbs pro-rusher were quickly dismissed.

Biden said she is waiting to see what the Las Vegas Raiders come up with before making a decision.