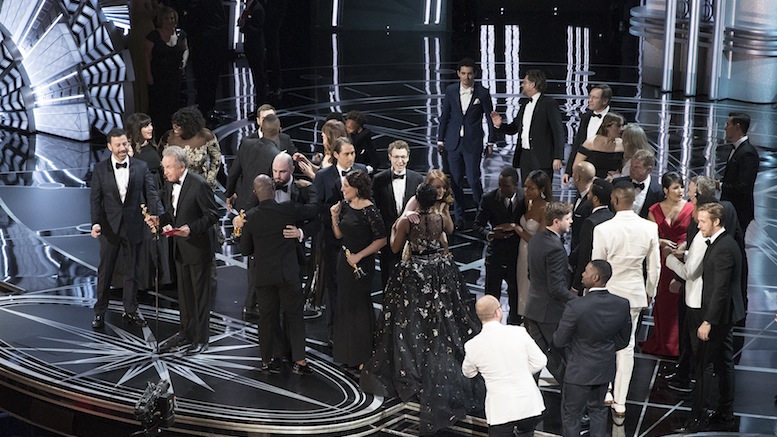 Despite the producers making a public concession at the OSCARS when the award for Best Picture was taken from La La Land and given to Moonlight following a mistake, it has emerged today that the issue is far from settled in their minds.

Once the traditional after-parties were well underway, the Moonlight team received a call in the early morning hours recanting the concession in light of reports of ballot irregularities in Florida where many of the elderly voting members of the Academy reside.

“This, together with the envelope debacle and polling data that put La La Land way ahead, is surely grounds for a recount.”

The Moonlight team moved quickly to preserve their win, and have already sought an emergency injunction to stay any recounts on the basis that any doubt will tend to favor La La Land at this point.

“The Academy has voted and clearly aren’t quite the racists they were accused of being last year. It’s time for all of us to move on.”

But the producers of La La Land aren’t backing down and have vowed to continue their fight to be recognized as Best Picture. In a move that many will find disturbing given the consequences for film criticism, they say they will take their case all the way to the Supreme Court if necessary.

“This year’s OSCARS has only just begun.”