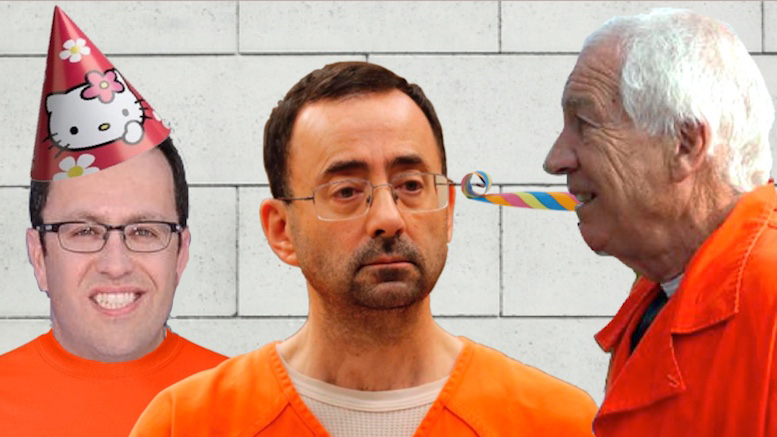 As he started his sentence of 40 to 175 years, convicted sex offender Larry Nassar got a touching surprise today, as fellow inmates Jared Fogle and Jerry Sanduski threw a surprise welcome party for their new neighbor.

Jared said he’s been planning this for some time.

“There are that many people who ‘get us’, but Larry sounds like our kind of guy.”

Larry was wary at first, but soon came to realize he was among friends, especially when Jerry expressed a keen understanding of what he was going through.

“That’s so wrong the way they made you listen to all your victims detail the pain they suffered at your hands.”

Larry said he finally felt he had someone to open up to.