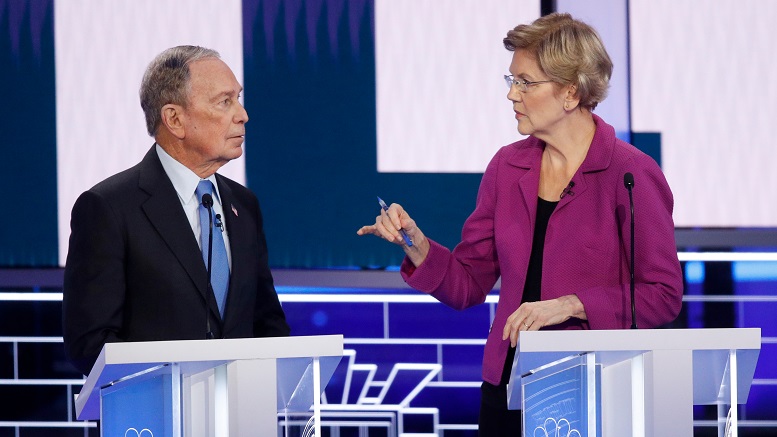 There was a dramatic aftermath to the Democratic Debate in Las Vegas when police turned up to investigate multiple calls about a violent takedown that left an elderly white male’s primary hopes in tatters.

“The 911 calls described a brutal scene.”

Wearing full tactical gear, police were able to pinpoint and isolate the suspect based on descriptions they received from millions of NBC viewers.

“We don’t know if she is armed but she is certainly dangerous and liable to turn on you at any time.”

After taking her in and informing her that she faced serious charges as the campaign she attacked had since died in hospital, police received calls about another incident in the same vicinity.

“All units – there’s a lady visiting from Minnesota who says she was harassed by a white youth with short brown hair. Please be on the lookout.”