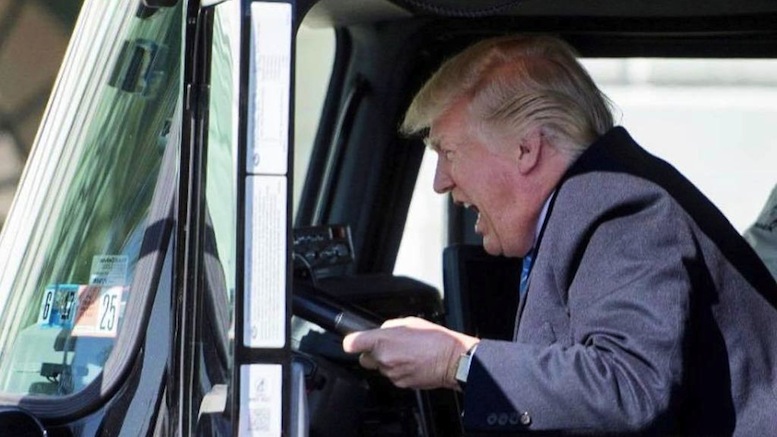 An often forgotten worry when ever a new administration takes over is how well the children who are uprooted and moved to Washington DC cope.

Fortunately the latest child to live at the White House is settling in remarkably well, especially given that he is prone to tantrums and likes to get his own way all the time.

“He’s been having his little friends – all boys – over a lot which helps.”

He is also fond of his ‘big boy’ trucks, which are actual trucks, and could he seen happily pretending to drive one on the front lawn the other day.

“He wore a big button that said ‘I heart trucks’ – so CUTE!”

In order that the child not feel too boxed in, he is being allowed frequent vacations to Florida where he has more space to run around and play outside.

“Sometimes when he goes there we wonder if he’ll ever come back. But he likes his plane too, so he does.”

Correction: An earlier version of this article incorrectly stated that the age of the boy moving into the White House is 11. We apologize for the mistake as he is in fact 70.