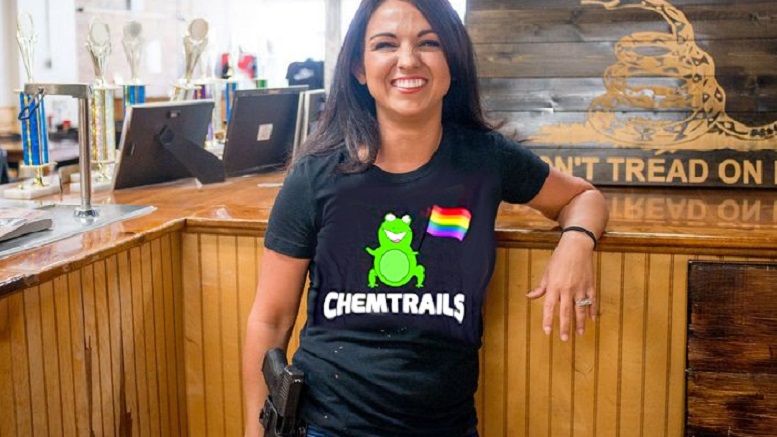 Colorado Representative Lauren Boebart has announced she is a ‘dyed-in-the-wool’ proponent of the theory that chemtrails contain compounds designed to turn red-blooded straight Americans into ‘flaming gay libturds’ which have seeped into pond water resulting in increased homosexual activity within the frog community. Though Boebart hopes her latest stance will propel her back into the limelight, political observers fear she will be disappointed.

“Believing that chemtrails are turning frogs gay is far too mainstream to make her stand out in today’s GOP.”

They say her efforts reek of desperation during a time when grassroots Republicans are only interested in politicians who can capture some of the Trump magic they miss so much.

“I mean, she hasn’t even explicitly threatened to kill The Squad whilst holding an AR-15 yet.”

Compared to Marjorie Taylor Greene, Boebart is said to remain far too conventional a Republican politician to be deserving of the title extremist.

“As an upstart GOP congresswoman in 2021 she’s pretty lame really compared to others on offer.”