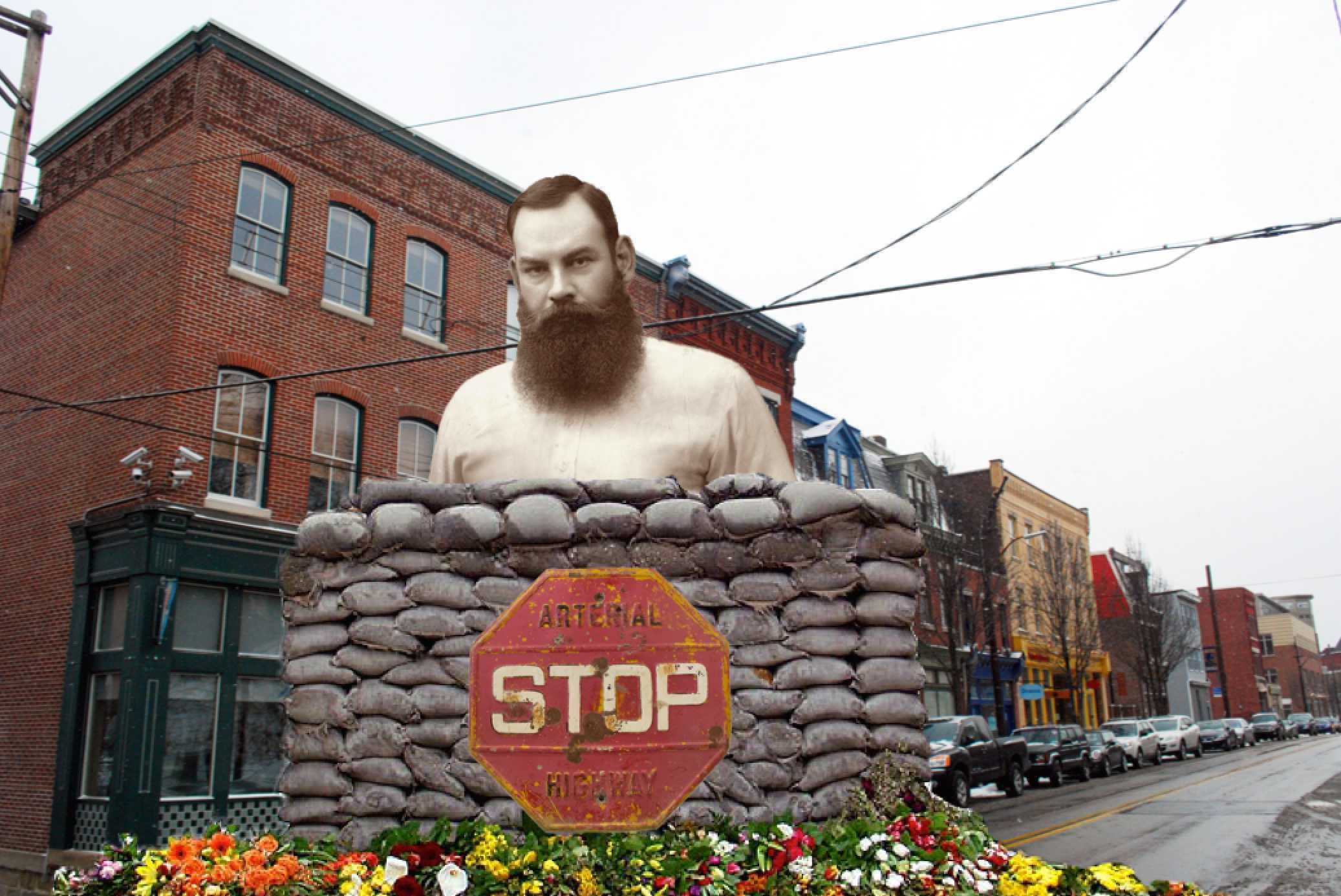 Your papers and beanie are out of order!

Pittsburgh awoke to find itself in the national spotlight as the neighborhood of Lawrenceville, comprising much of the city’s ninth and tenth wards, unilaterally declared independence from the rest of the city, and indeed the Union, by proclaiming itself the first Hipster Republic. Without warning, side streets were blocked off by vegan-friendly food trucks, and makeshift barricades were erected on Butler Street at the 40th and 56th street intersections, staffed by hirsute border guards who are restricting entry to pedestrians and anyone riding a fixed-gear bicycle. Those without proof of a Lawrenceville address are being issued 24-hour tourist visas with a discount coupon for vintage clothing purchases printed on the back. Sources say residents of the 3000-level blocks of Butler Street, viewed with some suspicion by the rest of Lawrenceville, are to be offered a plebiscite at a later date.

Many expressed surprise that any Pittsburgher would embrace the hipster movement in the first place, let alone lead the charge for nationhood, but University of Pittsburgh Professor of Sociology Joyce Sommers, PhD, was not among them:

“Long before anyone knew what a modern-day hipster was, many of Pittsburgh’s youthful denizens already looked like they belonged in the 1850s, or on the set of the film ‘Das Boot’ as background artists.”

Prof. Sommers puts this down to the fact that Pittsburgh has always had a frontier mentality, the end result being that you could take almost any twenty-something Pittsburgh male from the past three decades, give him a scrub and an undersized bowling shirt, and he’d fit right in to the hippest contemporary Brooklyn scene. Though this explains why Pittsburgh developed a hipster culture so effortlessly, it does not explain the rush to asserting full independence. Some contend that it’s the inevitable result of the insults and abuse they have suffered at the hands of more traditional Pittsburghers for their love of horn-rimmed glasses and yacht rock.

Others blame the seditious act on a fifth column of non-native hipsters, who arrived in Pittsburgh en masse after high rents and a desire to find untapped vinyl markets drove them out of New York City. Though outwardly identical to indigenous hipsters, there are telltale signs that give them away. They can be seen waiting on Butler Street corners for Ubers to take them to the Strip District to buy rustic cheese wheels, and they frequently give themselves away in restaurants when they politely inform their server that somebody’s French fries got accidentally mixed in with their bulgur wheat and arugula salad. Proponents of the fifth column theory make the compelling argument that these blow-ins arrive with all the righteous indignation and feelings of disenfranchisement that only a privileged upbringing in Manhattan’s Upper West Side can foster.

Whatever the origins, the immediate question on every law-abiding Yinzer’s mind is whether the National Guard will be deployed to rebut this full-frontal challenge to Steel City sovereignty. Mayor Bill Peduto quickly dismisses that possibility:

“These hipsters are not exactly known for their love of the second amendment. I could probably retake the whole of Lawrenceville myself in an afternoon with my bodyguard detail as backup. But we won’t be using force to resolve this.”

Does this mean he’s prepared to allow the fledgling country, officially known as #ROL, to stand?

“They can enjoy their little republic for a day or two, but then things better return to normal or I will be imposing a full blockade. We need the Butler Street corridor open to allow easy vehicular passage from the downtown off-ramps to the Zoo. Ironically, you could probably get there faster now by popping across the Allegheny and back again over the Highland Park Bridge, but it’s going to be years before Pittsburghers accept that it’s no longer a total shitstorm on Route 28.”

When asked how he can be so sure his threat of a blockade will work, Peduto leans forward with the supreme confidence of a chief executive of a medium-sized metropolis who knows exactly what he is doing:

“Even hipsters cannot live on vape stores and Buti alone.”