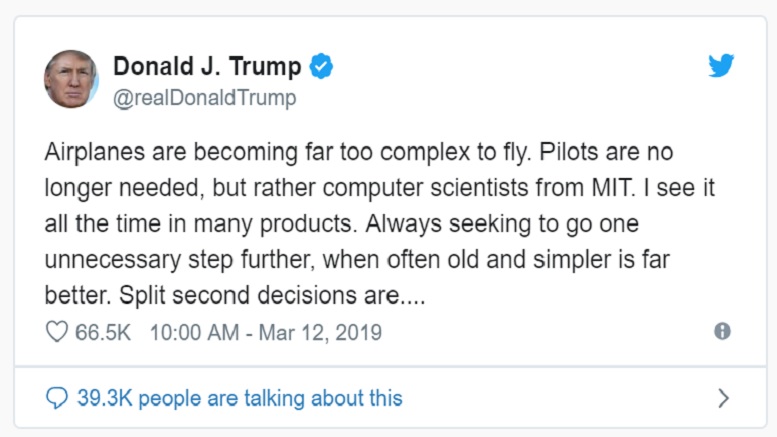 The investigation into the cause of the loss of Ethiopian Flight 302 took a major leap forward today when leading aviation accident authority Donald “Sully” Trump weighed in on the matter.

“I don’t want Albert Einstein to be my pilot.”

Trump is greatly experienced in this area, as he has brought down not just singles planes but an entire airline, though his preferred method is bankruptcy rather that failing to maintain altitude.

Known in the field as a brilliant maverick, Trump is famous for getting speedy results, often well before black boxes have been recovered.

His amazing insight into what was wrong with the 737 Max 8 aircraft came to him as he was struggling with a TV remote control. He realized a much simpler solution would be far better.

“All you need is a single button than turns Fox News on.”