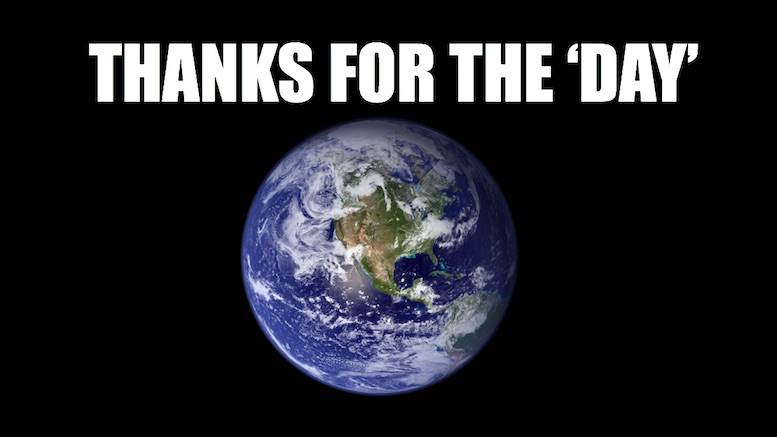 With the dripping sarcasm painfully obvious, the planet Earth ‘thanked’ the human race for celebrating it for ‘a whole day’ which it is reportedly finding a tiresome empty ritual at this point.

It particularly wanted to extend its ‘gratitude’ to the United States of America for electing climate change deniers to its highest offices, when it was already pretty bad under environmentally supportive leaders.

“I guess Neil deGrasse Tyson is okay. But as for the rest of you – I can’t even.”

When asked for how many days it would like to be honored, the ultimate goldilocks planet thought for a while.

“Oh I don’t know – how about three hundred and sixty five?”