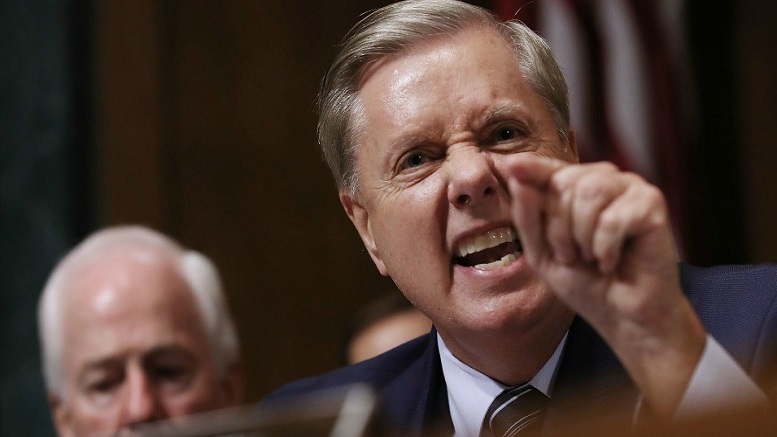 After first calling for an FBI investigation into the Democratic side of the judiciary committee, Lindsey Graham today insisted there was no such person as senator Dianne Feinstein, who he maintains is actually George Soros in disguise.

“I’ve seen Total Recall. I know what goes on.”

“I’d put nothing past that scoundrel damn him to HELL!”

Graham then turned his fire on the two moderate female Republicans in the Senate, Lisa Murkowski and Susan Collins, who may yet torpedo Brett Kavanaugh’s confirmation.

“One of them is Hillary with a dye job, I guarantee it.”

The White House refused to comment on Graham’s latest outbursts, other than President Trump jesting ‘who stole my playbook?’