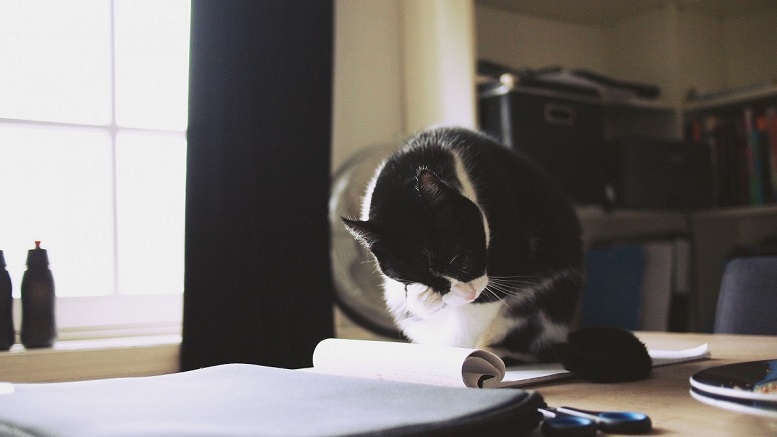 A local cat who had hope to publish a theory of the gravitational force was dismayed to discover it had been beaten to it by a human, Isaac Newton, who published his nearly identical theory almost five hundred years ago.

“All that work for nothing!”

The cat was particularly annoyed that no-one had thought to impart this information when it was plainly obvious it was conducting experiments to figure out the mysteries of gravitation.

“Someone could have said.”

The cat has not given up its academic studies, however, but has switched to knocking things off shelves at great speed, instead of gently batting them until they tumbled as before.

“I have a hunch there’s more to be discovered about this gravitational force at extreme velocities.”