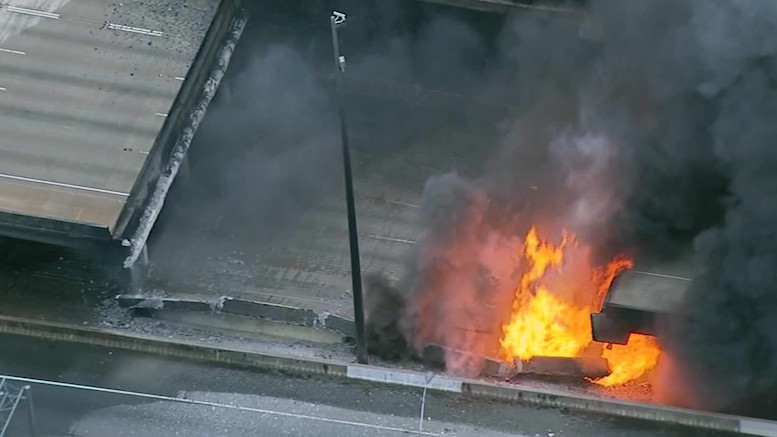 “Interstates are designed to withstand massive fireballs of burning plastic wiring set aflame beneath them. Ask any engineer. Other than the ones mocking my blog of course, as they’re all paid off by the Chinese”

“Obviously they are due to some of the explosive charges being set off too early, and not because billowing smoke is an erratic uneven phenomenon.”

He doesn’t yet know who would want to detonate a piece of Atlanta highway without hurting anyone, but feels sure that whatever the reason, it’s certain to be dangerous knowledge to possess.

“People are already avoiding me, because they don’t want to learn too much out of concern for their own safety.”