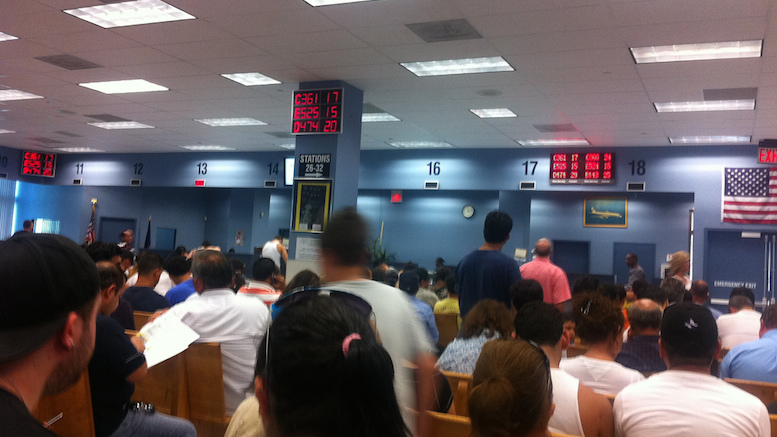 (Pittsburgh, PA) DMV employee Doug Wysockey was thrown a party by his co-workers today to celebrate 30 years of processing motor vehicle license applications and making members of the public feel inferior. There was no official gift to acknowledge his years of bad-tempered service, but Doug says that doesn’t bother him in the slightest.

“Denigrating people for not instinctively knowing every aspect of a complex bureaucratic process is its own reward.”

While approximately 38 members of the public wondered why the ‘take a ticket’ system wasn’t working, the entire staff of the Photo License Center gathered in the break room to congratulate Doug on reaching his milestone of three full decades ensuring that people trying to get their license renewed felt suitably shat upon. Special mention was made of his dedication to mentoring those who were new to public sector employment.

“When I started here, I was always nice to people just like I learned working at Trader Joe’s. But Doug took me under his wing and taught me that we were the only path to being able to legally operate a motor vehicle, so we could treat people any way we damn well please.”

Others related stories of how Doug would masterfully inform people that their cash or debit cards were of no use at the DMV without uttering a single word.

“Whereas I would painstakingly explain our archaic payment policy, Doug would stare at them like they were as dumb as a box of rocks, and then ever-so-slowly point to a sign on the wall saying that only money orders and cashier’s checks are accepted. The man is a legend!”

Doug says he plans to retire eventually, but not before humiliating the public for another decade or so.