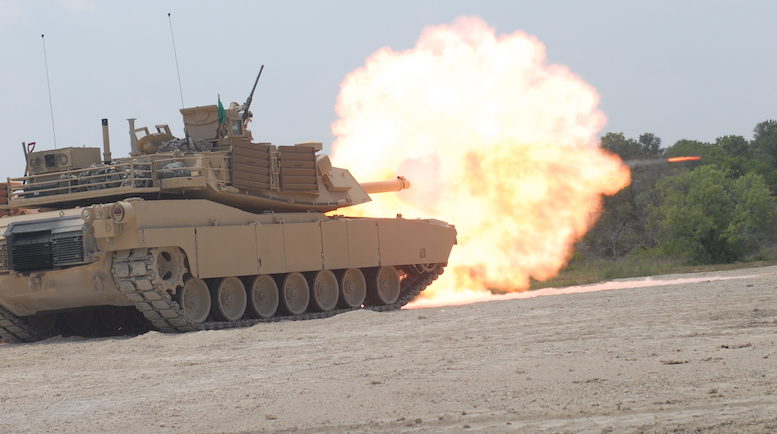 An M1 Abrams tank, christened Danielle by the crew but who later changed it to David to better reflect who he is, is said to be saddened today at the prospect he may have to leave the military due to Trump’s rash pronouncement on who can serve.

“Whether I’m David or Danielle I can still fire a shaped-charge armor piercing round at a target 3km away and utterly destroy it.”

David also rejects arguments about the higher costs of having trans tanks like him in the services.

“Maybe the maintenance requirements are slightly different, but it’s a drop in the ocean given the overall defense budget, and isn’t having the experience and expertise of myself and tanks like me worth it?”

Though losing a few tanks may not affect overall military effectiveness all that much, David says there are other types of military hardware where the loss of even one unit over this nonsense could be hugely detrimental.

“We only have so many aircraft carriers, and I know the USS Gerald R. Ford is in a similar situation – but she dared not mention it when you-know-who came calling.”

Finally, he has grave concerns not just for himself, but for the future implications of the judgment, or lack thereof, that went into this.

“If this decision can be made via twitter so hastily and without military leaders having any clue it was coming, can you imagine how a new shooting war will go?”