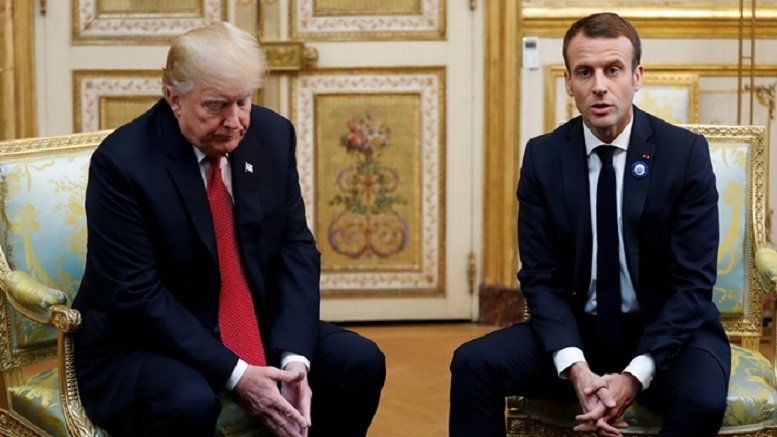 French Premier Emmanuel Macron has hit back at President Trump after the US leader tweeted that they were learning to speak German in Paris before the Yanks came along.

“The United States of America was speaking English before u came along!”

Macron also gave Trump an education in the roles other countries played in defeating Germany in both World Wars.

“You know there were two, right? Of course you don’t!”

He did praise Trump, however, for one of his unique contributions to human communication.