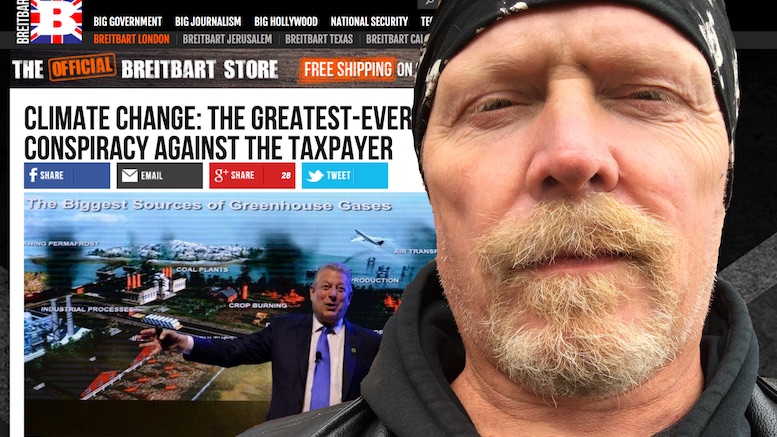 After much deliberation over the past few months, local resident and self-described free thinker Carl Burnkins has come out against regulations to curb fossil fuel use and limit greenhouse gas emissions. He insists this was in no way a foregone conclusion.

“It’s true I ended up supporting Trump in this last election, but ultimately I’m an informed independent who approaches every issue on its merits.”

An example of his fierce independence is all the time he took to do in-depth research before taking sides on the hot-button issue of global warming.

“It’s important to get these things right, as the future of our planet may or may not be hanging in the balance.”

Not wanting to appear prejudiced on the issue, Carl carefully pored over all the informative articles on Breitbart Network News before coming to his eventual conclusion that climate change was nothing but an insidious Chinese plot to undermine American businesses.

“I even went the extra mile and cross-referenced my information with INFOWARS just to be sure.”