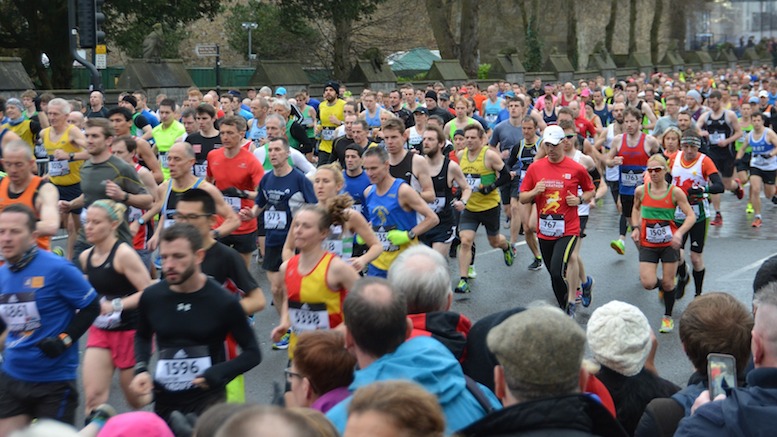 The Pittsburgh Marathon is on and for Sam Cutter from Friendship this was supposed to be the day he completed one of his life goals.

“I really thought this would be the year.”

In the weeks beforehand, despite having done absolutely no preparation or even exercised regularly, Sam nevertheless had been excited about participating in the grueling race, according to friends.

“He’s been on the website many times and even came close to paying the registration fee once.”

A co-worker knows for a fact that Sam was still planning on running as late as last Friday.

“I ran into him at ALDI where he was loading up on pasta to eat the night before.”

Though neighbors say it is blindingly obvious Sam won’t be running a marathon anytime soon, they are quite confident the pasta eating took place.

“I guess on some level he really believes this could happen.”

Many people think Sam should first concentrate on joining a gym and developing some basic exercise habits instead of focusing exclusively on running a marathon. But those closest to Sam know that is not on the cards.

“With Sam it’s always a case of all or nothing. Which is to say nothing.”