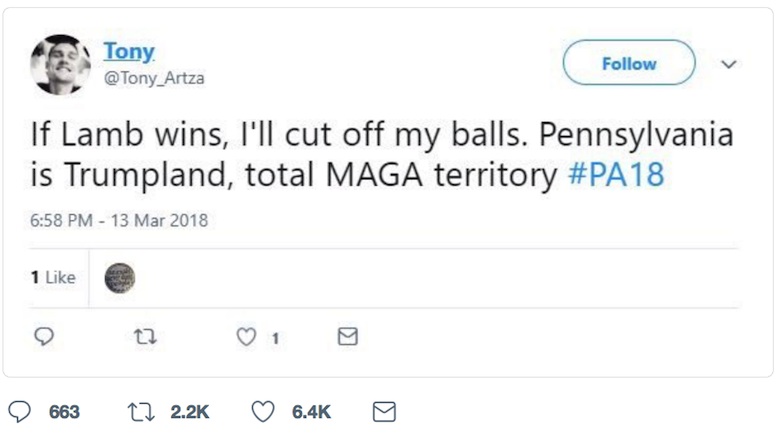 A Trump supporter who tweeted on Social Media that he would chop his balls off if Conor Lamb won the election for the 18th Congressional District admitted today he is struggling to carry out his pledge.

Despite having searched high and low, the devoted fan of No. 45 says he can’t locate his balls at all.

“It’s possible I may not have had any to begin with.”

He promises to tweet again if the situation changes and he does find them.