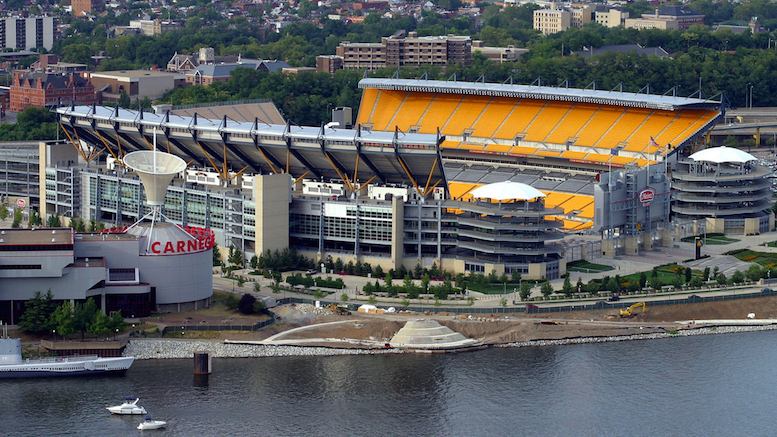 Northside Pittsburgh where the occupational accident is said to have occurred.

[Pittsburgh, PA] A local man suffered a serious injury at his place of work Sunday, though he is expected to make a full recovery. Le’Veon Bell, originally from Reynoldsburg, Ohio, was pulling a weekend shift at the business he works for on the Northside when the accident occurred. It is believed the position he was retained for did specify physical activity as part of his work description. Unfortunately for his employer, Bell is exceptionally good at his job, and, though they expect to find a qualified applicant to carry out his duties during his recuperation, he is considered in some sense irreplaceable. The injury was reportedly to Bell’s leg, which raised concerns about occupational safety practices as another highly valued employee has only recently returned to work following a leg injury acquired under similar circumstances. Though the industry Bell works in is the subject of an ongoing controversy related to workplace injuries, this relates specifically to damage to the brain, and OSHA confirmed that occasional leg injuries are considered an unfortunate but accepted occurrence given the nature of the business. Since the industry is seasonal, Bell is not expected to be able to resume work until next year. He does not intend to sue his employer over the accident, as he receives a generous compensation package and excellent benefits, including workman’s comp or something even better.