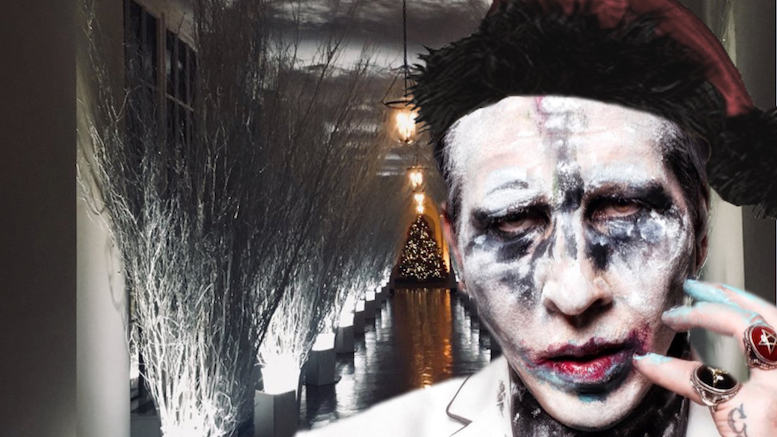 (The White House) The celebrity playing Santa Claus this year has been named as singer, songwriter and perennial goth, Marilyn Manson. Though he never considered taking on the role before, Manson says seeing the White House decked out in all its seasonal finery completely changed his opinion.

“The décor really spoke to me this year.”

Manson will don the traditional Santa hat and invite children to visit the White House and whisper their darkest secrets into his ear. Unlike previous years, everyone will receive coal no matter how they have behaved.

“They will be grateful for it too.”

He is enjoying taking part in Christmas so much that it has peaked his interest in other holidays rooted in Christian mythology and Manson says he can hardly wait for Easter to roll around.

“Some dude being nailed to a cross sounds right up my alley.”