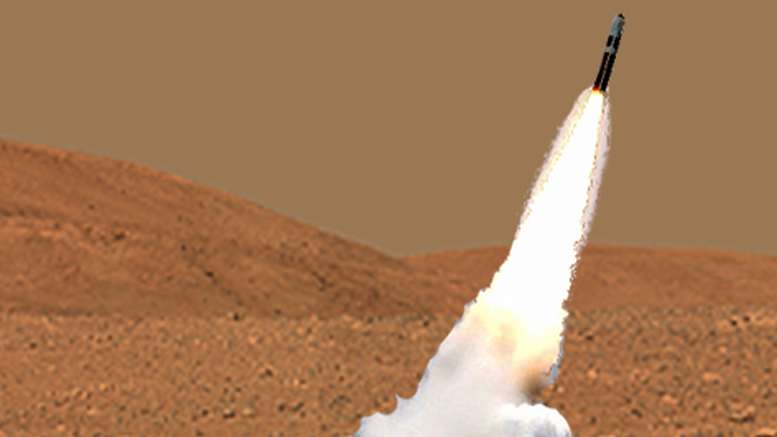 Saying they were determined not to suffer the fate of Libya’s Colonel Gaddafi, the Supreme Soviet of the Red Planet today announced it is now a nuclear celestial body.

“We watch the Earth news and know what happens to regimes that give up their offensive capabilities.”

Describing President Trump’s order to create a military ‘Space Force’ as an act of huge provocation against the rest of the Solar System, they maintain they have no choice but to go nuclear.

“Make no mistake – we may be new to this but our fledgling ballistic missile program is already capable of delivering a nuclear warhead to your Moon.”

They say it is only a matter of time before they can directly threaten the continental United States.

“Fortunately you have crippled NASA so much there is zero chance of you getting here to destroy us before our deterrence buildup is complete.”

They added that they are hopeful to have a friendly summit meeting with President Trump after an appropriate period of exchanging crude inter-planetary insults.