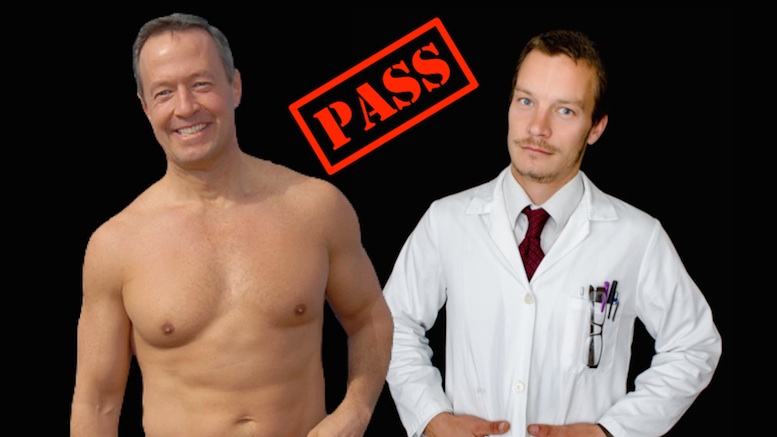 Democratic presidential hopeful Martin O’Malley says he has received a clean bill of health from his physician and has boxes full of copies of the report for anyone who wants them.

“I’m parking in the street right now because my garage is full of them, at least until the public start demanding to know all about my health given that I’ll soon be their Commander-in-Chief.”

Though the Clinton and Sanders campaigns have been using surrogates to inquire about each other’s health, there has been absolutely no instance of anyone wanting to know what kind of physical shape O’Malley is in.

“Aren’t you worried that I, the next President, might be concealing a heart condition or diagnosis of terminal cancer?”

While it is customary for politicians to resist pressure to release their medical histories, O’Malley says he will be more than happy to release his in its entirety. He told his campaign staff that the reason no one is asking for his yet is because he is in such obvious good health.

“We’re sure that’s the reason too, Governor”