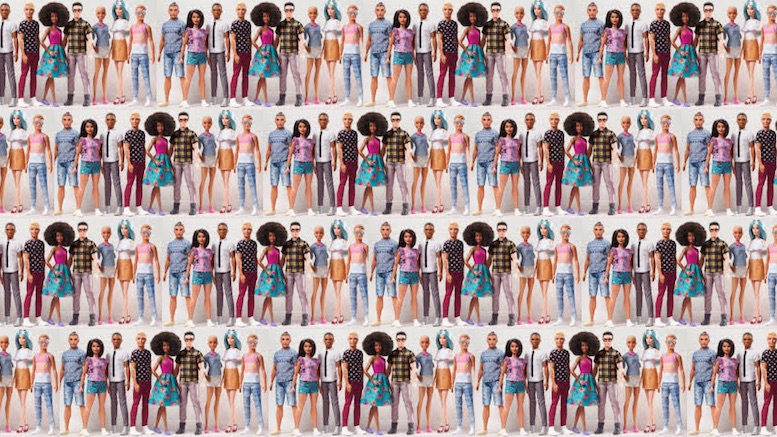 However it is already receiving criticism that it is neglecting many groups, such as hipsters who note that none of the new Kens have gauges or well-groomed beards.

After seeking legal advice, the company has decided to insulate itself from future lawsuits charging exclusionary practices by carrying Barbie and Ken dolls corresponding to every member of the United States population.

“No matter what your body shape or appearance, Mattel will now sell a Ken or Barbie doll that reflects you – by being you.”

Given this means Mattel will now sell around 165 million different Barbies and a roughly equal number of Ken dolls, the demands on warehouses and store shelf space will be considerable.

“Unfortunately there’ll be no room left for any other toys, including fictional action figures.”

However, with some imagination this can be overcome says the toymaker. As an example, if you’re looking for a Episode IV Han Solo action figure, it won’t be available anymore – but Shaun Richards of Wichita, KS, sort of looks like a young Harrison Ford.