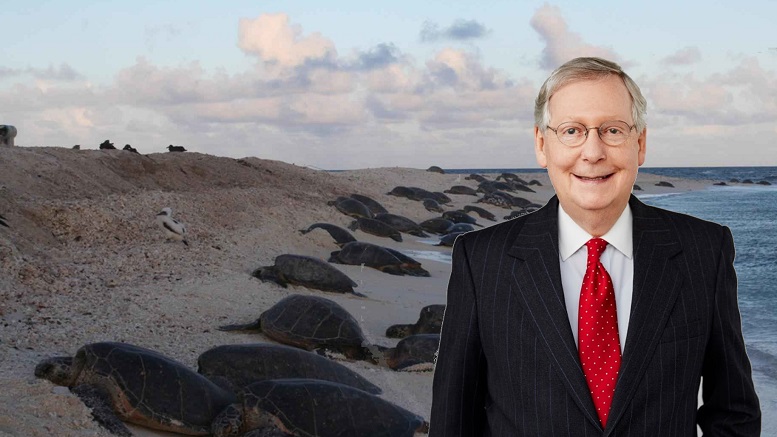 Mitch McConnell was criticized today after it emerged he made a trip to a Florida beach over the weekend. McConnell insisted it posed no risk.

“I maintained a greater than six foot separation from humans at all times.”

Defenders of the Senate Majority leader pointed out that his mating season only runs from April to November, unlike his colleagues who can mate at any time of the year.

“If he didn’t make the trip now, he risks missing out on mating until mid 2021.”

Biologists confirmed that McConnell feels compelled to do so only at certain times of the year, and always on a beach. In a kinky twist, McConnell will often court a female he’s just met along with a number of other males.