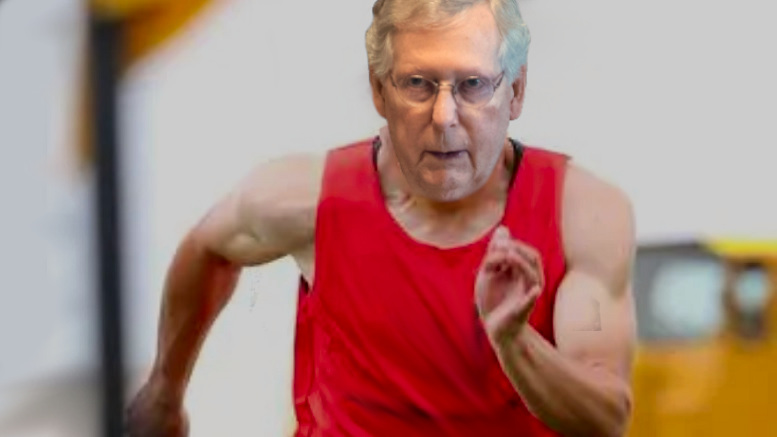 (Washington DC) Former fastest-ever-human Usain Bolt lost his world-breaking record today, when his remarkable display of speed was abruptly smashed in decisive fashion. The stunning new land-speed record for a human being was set by Mitch McConnell while he was sprinting between a DC restaurant he was dining at and the Capitol Building where he works. Fellow guests said he was with them at the table one second and then blocks away before they even realized what had happened.

“He learned Ruth Bader Ginsburg had passed and just took off like a rocket!”

Multiple witnesses clocked the Senate Majority leader dashing to the Senate floor at a sustained speed of over 33 mph, easily breaking Bolt’s previous footspeed record of 27.8mph set during a 100 metre race in Berlin.

“I’ve never seen anyone so motivated to get somewhere in my life!”

McConnell is expected to shatter even more records in the coming days and weeks.