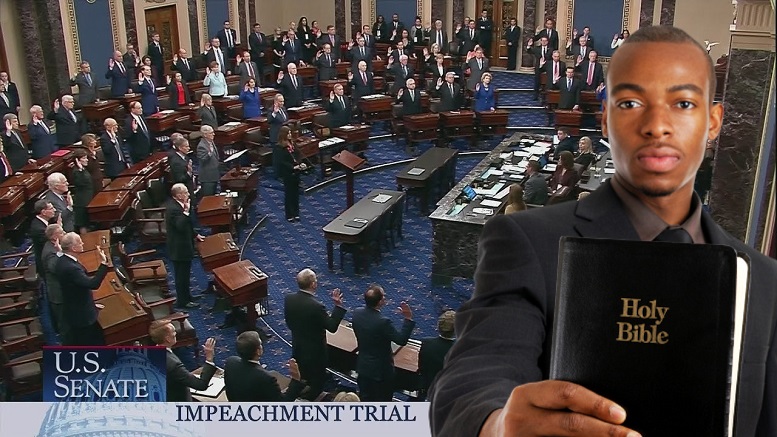 With Mitch McConnell uncertain if he has the numbers to block witnesses appearing at the Impeachment Trial in the Senate, the Majority Leader is making a pre-emptive concession to try to regain control of proceedings.

“Sure we’ll have witnesses. Lots of witnesses. Just so long as they are Jehovah’s Witnesses.”

The Republican Majority also agreed to Democrats’ demands that documents be entered into evidence.

“You can subpoena any document you wish – from Watchtower Publications.”

He says this should be enough to satisfy everyone and that any push to allow more witnesses or documents beyond this is unjustified.

“I’m really bending over backwards for you here already.”

Some initially elated Democrats were said to be doubly saddened by the news.

“Not only will we not get the proper trial the country deserves, but we’ll be forced to listen for hours on end to the very people we have sucessfully avoided at our front doors for years.”