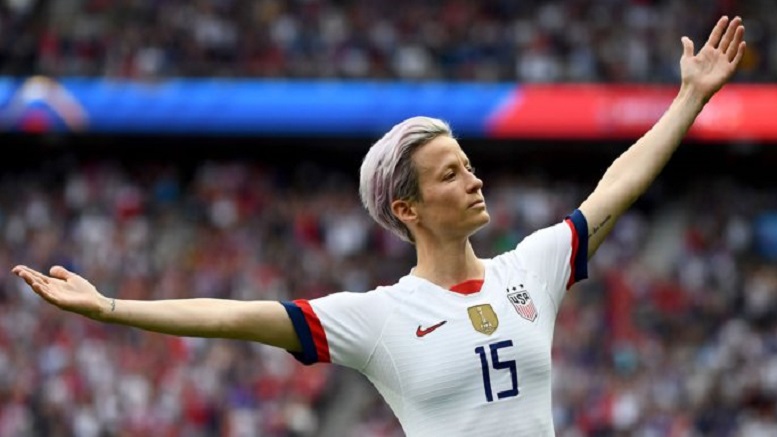 (Paris, France) Following her team’s victory over France in the World Cup Quarter-Finals, US Soccer Captain Megan Rapinoe has made a surprise announcement regarding her feud with President Trump.

“Fuck it – instead of complaining about how he does his job I’m just going to take it from the bastard.”

She added she is therefore reconsidering her previous comments about not visiting the White House.

“Sure I’ll visit the White House – when it’s My House.”

Rapinoe was non-committal, or, more correctly, unconcerned when asked what party she’d be aligning herself with.

“Democrat, Green, Indie – who gives a shit so long as I drive that offensive trainwreck out of town?”

She dismissed concerns that she wouldn’t be able be to do the job while also maintaining her soccer career.

“I’ll only use a tenth of the time he spends golfing and I’ll actually bring America some glory while doing it.”

The official Democratic candidates were said to be very alarmed at the prospect.

“Please God let her be too young to run like with AOC.”