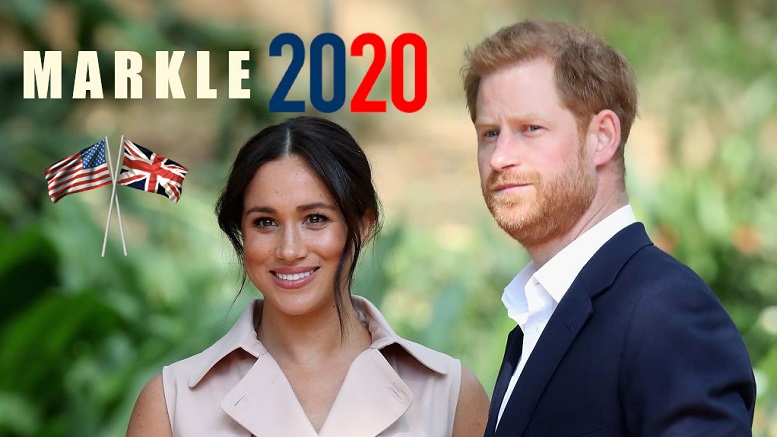 (Windsor, UK) The US Presidential race has a new candidate in contention today as Meghan Markle, The Duchess of Sussex, announced her entry into the fray. She first consulted Orpah and Michelle Obama to make sure they didn’t want to run, and will tell voters that “If you want a celebrity President you might as well have a competant one!”

Being a natural born US citizen over the age of 35, Markle is qualified to occupy the White House, and she has reportedly already received the blessing from the Queen, who told her to ‘knock that vile man off his perch’. Having Markle as the US President is also expected to make state visits to the UK much easier, as she and Prince Harry can stay in their old rooms and already know their way about.

Markle is expected to run as an independent, as her and her husband’s name recognition and powerful connections obviate the need for a party machine. Regarding Markle’s platform, it is said to not directly correspond to either the traditional right or left positions. She will drop her royal title if elected, though Prince Harry will retain his as First Man is not an official role.

Understandably suspicious of the media, Markle is expected to take a hard line with the fourth estate that may resonate with some Trump supporters, though her targets are expected to be the National Inquirer and Hello Magazine rather than CNN and the Associated Press.

Another asset in Markle’s favor is the perception of Prince Harry as a ready-made First Man, given that he is well-liked and has extensive experience cutting ribbons to open schools and other politically non-toxic activities.