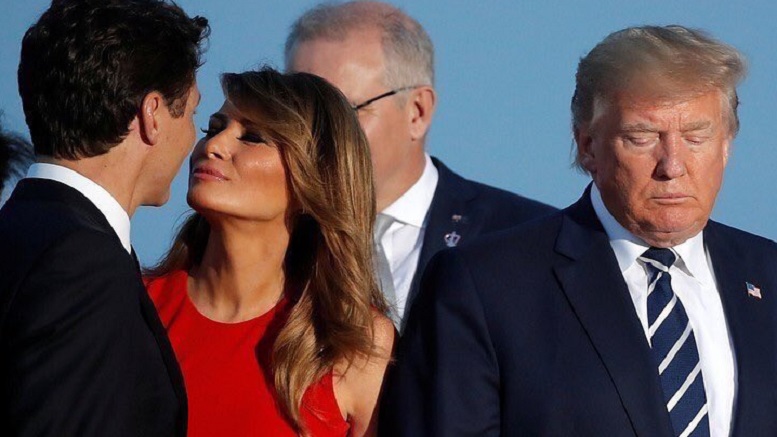 Canadian Premier Justin Trudeau continues to face scrutiny, as yet more photographs of him blacked and browned up continue to emerge. Though it was expected that President Trump would be most interested in Trudeau’s troubles, it transpires that the First Lady is the one determined to take a strong stance.

“I hate racism and suspect the Prime Minister of Canada may still be secretly blacking up somewhere.”

She cites Trudeau’s history of going well beyond merly applying facepaint, to also darken his hands, limbs, and perhaps more of his body to fully embrace the roles he is playing.

“I vill get to bottom of this, wherever it takes me.”

The First Lady has also vowed to immediately clean off anything she finds.

“She feels very very strongly about this.”

Meanwhile President Trump says he has found evidence of many more Western Democratic leaders blacking up, after he retiring to the Oval Office with some photographs and his sharpie pen to research the matter.