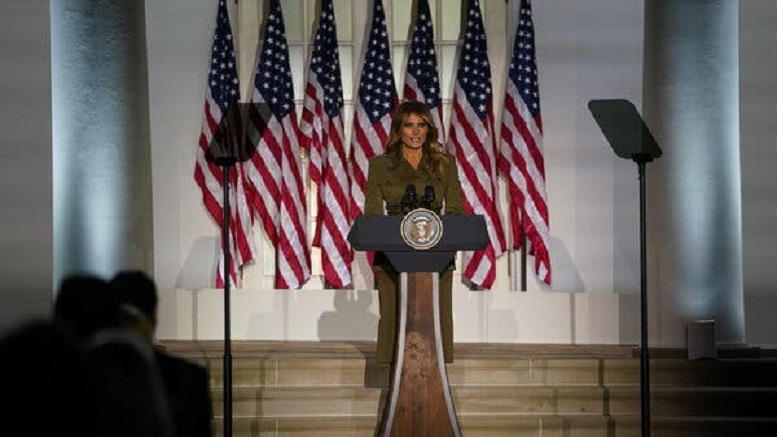 Following her key speaker address to the RNC, Melania Trump is again facing accusations of plagiarism. During the speech Trump choose to tell the story of her life after arriving in the United States as a young woman of 26. However historians have noted it bears an uncanny resemblance to a speech given by the partner of another leader of a powerful nation.

“Clearly she just took a speech made by Eva Braun and changed the names.”

But defenders of Trump say it could simply be similarities in their personal life stories that make it seem like she plagiarized the partner of the worst man who ever lived.

“It’s entirely possible the First Lady just happened to write from the heart about her own experience of getting involved with an older physically unappealing man who executes an extraordinary rise to power by appealing to the worst human instincts and manages to turn the world on its head.”

They add that the section of the First Lady’s address where she expresses her condolences to the relatives of all the people who died under her husband’s watch doesn’t prove a thing.

“In fairness that could easily apply to both.”