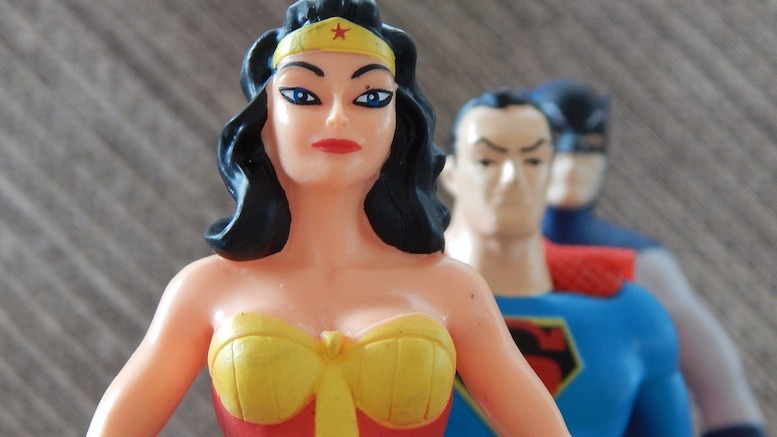 Alyssa Milano continued her longstanding advocacy for breastfeeding by sharing a picture from last Halloween on her Instagram account today. The photograph shows Alyssa Milano breastfeeding whilst seated comfortable wearing a Wonder Woman outfit, and is accompanied by the hashtag #normalizebreastfeeding.

After thoroughly reviewing the post, the staff of Breaking Burgh took to the streets to get the reaction of the average man in the street. First up was a young man whom we shall call George because he did not want to give his real name once he realized what he was commenting on.

When asked what he thought of the picture, George, like all the other Georges we interviewed, was very positive and supportive of the message Milano was trying to convey.

“I think it’s great what she’s doing and mothers should be allowed to breastfeed anywhere they need to. Yeah…”

There followed an awkward silence, in which the troubled man appeared to struggled to express something, choosing eventually to use the words of another George from the hit TV show Seinfeld to confess his confused state of mind.

The same story was relayed by many other Georges who were interviewed for this article, and who also did not want to give their real names. Despite their best efforts to focus on the positive message behind the post, they were becoming involuntarily aroused, giving rise to shameful feelings and concerns that that they were trivializing an important issue, and, in one case, a terrible fear of criminal prosecution.

“I mean, there’s a baby in that picture. Not that I’m attracted to the baby–I’m attracted to Alyssa Milano–now and when she was in Charmed, but not during her Who’s The Boss period–I have to go now.”

Another George, who also did not wish to be named, found the situation even more confusing, as he was first shown the picture by his girlfriend, whom he did not wish to name.

“She just handed it to me and said ‘Check that out’. I think I stared too long.”

This George suspects that his girlfriend might have had conflicted feelings too as she seemed so eager to show it to him initially but then became strangely silent.

“We didn’t talk about it again. But we did have sex later. Fantastic sex.”

And older man, whom we will call George even though that is his actual name, had a different experience, due to his seeing the original Wonder Woman TV growing up.

“We all loved watching Wonder Woman as teenagers in the seventies.”

The photo reminded him of an article in which Lynda Carter expressed sorrow that people viewed her as a sex symbol as she was very traditional at heart and felt her body was for her husband alone to enjoy.

“I’d love to be able to get in touch with Lynda Carter and assure her that nobody ever pleasured themselves to her image.”

But this George won’t be contacting Ms. Carter to tell her that.

“Unfortunately I can assert with one hundred percent certainty that that would not be a true statement.”