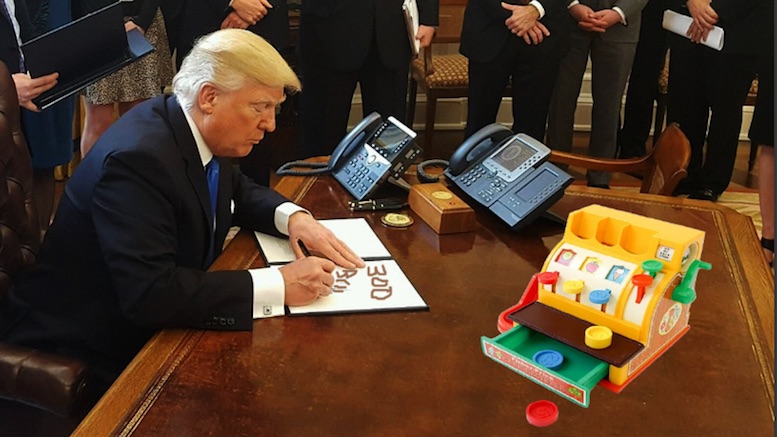 German government sources have confirmed that President Trump did indeed make up a 300 billion dollar ‘NATO invoice’ which he presented to Chancellor Merkel when she was in Washington DC.

The move is considered perplexing as NATO is a treaty organization and no one country gets to charge the others for membership.

“Perhaps your President mixed up NATO with his Mar-a-Lago resort?”

Merkel was not unsympathetic to Trump behavior, however, saying she too has an active imagination that loved to make up invoices.

“It was right after I got my Fisher Price cash register in 1960. Oh the fun I had presenting daddy with bills for having my teddy bears help him fix things.”

When asked how she planned to respond to the demand, Merkel implied she would be taking her lead from President Trump.

“Tell Donald I’m going to treat his ‘invoice’ just like he treats the ones from his contractors and caterers. Ha!”

This follows Merkel’s earlier quip that she would make good on what she owed the United States by picking up the tab for the victims of the Bowling Green massacre – which is what she may have been alluding to when she tweeted:

“Whoever said Germans don’t have a sense of humor are wrong. So wrong!”

Merkel then said she’d couldn’t afford to take any more questions on the subject of President Trump as she was too busy with the many serious issues plaguing the world.