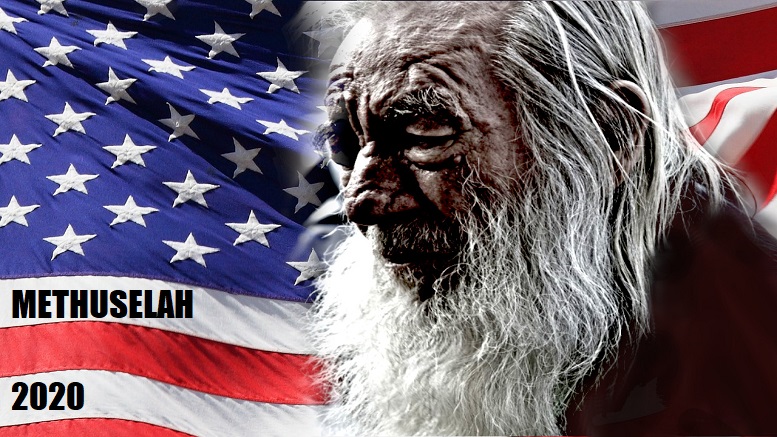 Saying he felt was 2020 was going to be ‘his year’ Methuselah today announced his candidacy for the Presidency.

“I will bring the experience the highest office in the land is sorely lacking.”

Methuselah said his is not bothered by criticisms that, at well over 500 hundred years, he is too old to run.

“That’s not much older than most of the other declared candidates and the incumbent. Besides, my blood pressure is excellent.”

The biblical patriarch is expected to run on a tough law and order platform based on the principle of an eye for an eye –which is expected to appeal to Trump voters – as well as supporting green initiatives that could attract progressives.

“Don’t be surprised to see a powerful coalition for Methuselah forming in the coming months.”

When asked who he’d like on the bottom half of the ticket should he win the Democratic nomination, Methuselah said ‘probably that young whippersnapper Bernie’.

Be the first to comment on "Methuselah Announces 2020 Presidential Candidacy"