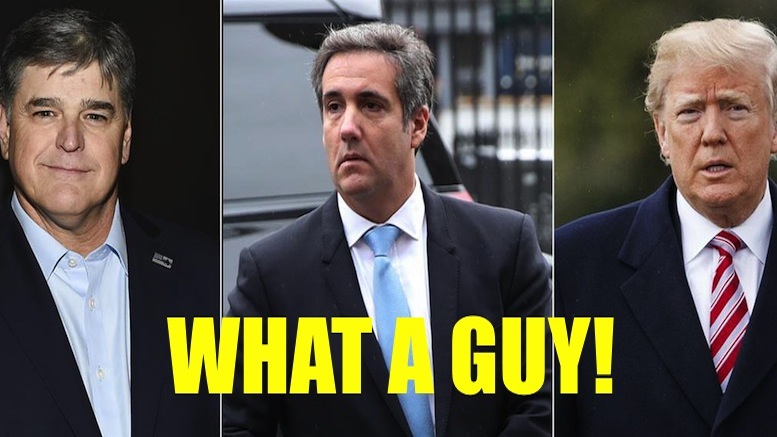 The American Bar Association has awarded Michael Cohen the esteemed title of America’s Most Generous Lawyer, after it emerged today that he also had Sean Hannity as a client, but never required that he paid him.

“Most years we have to decline to grant the award due to a lack of suitable candidates, but then along came Michael Cohen.”

“Show me another lawyer who would do that. The guy is a saint!”

Cohen’s munificance towards his clients is so extensive and uncharacteristic of his profession, that some of them forget he’s their lawyer at all.

“Naturally you would expect Sean Hannity to mention the fact that the FBI raid he’s railing against involved his own attorney, but Michael Cohen is so unique he doesn’t even feel like he’s your lawyer, even when he most definitely is.”

When asked for an official comment on Michael Cohen’s award, a FOX News spokesperson said they were far too busy covering a story about a gorilla doing handstands to think about anything else right now.