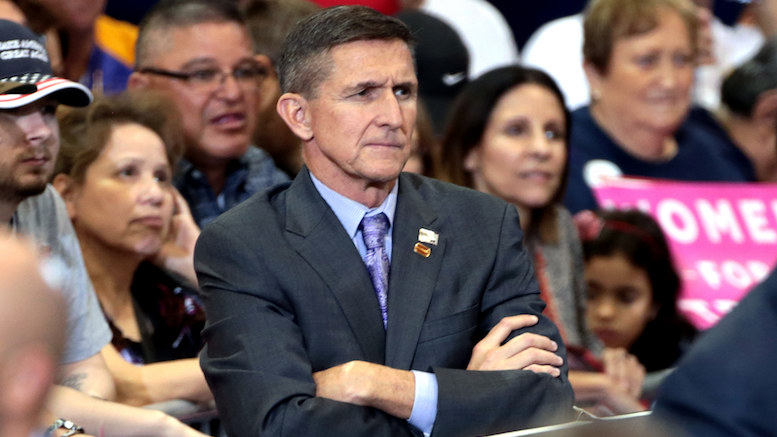 The FBI readily agreed to immunity from federal prosecution, but Flynn didn’t seem too impressed.

“What about my immunity from being helped off a ledge by someone called Boris?”

After a protracted negotiation, Flynn finally agreed to testify in exchange for immunity from being stabbed by a poison-tipped umbrella, unknowingly drinking radioactive tea, and having his face wiped by a pretty girl using a rag soaked in nerve gas.

“Not that I think the North Koreans will get me, but they might inspire a certain person to get even more imaginative.”

The deal nearly fell apart at the last minute when Flynn got cold feet, at which point FBI agents threatened him with solitary confinement in an Arizona Supermax prison where he would be guaranteed never to see another soul again.

“If you can promise me that then sure – I’ll talk.”