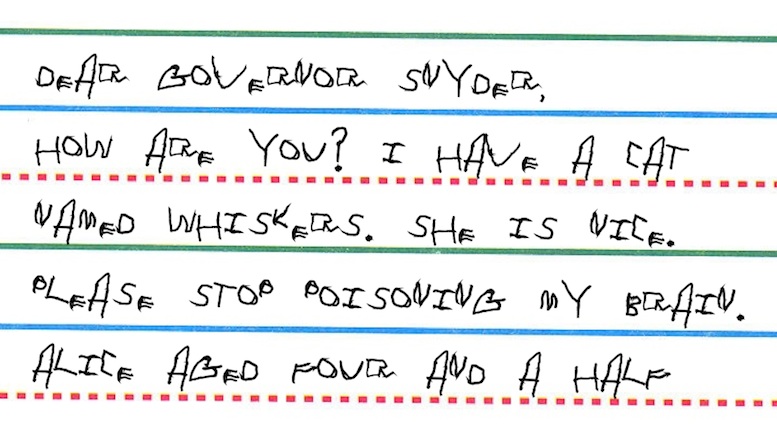 As the Flint Water Crisis continues to make headlines, Michigan Governor Rick Snyder has made it clear that residents will no longer be supplied with contaminated water to save money, given the terrible health consequences, especially for its children.

“I realize now that poisoning their brains with lead-laced water was a step too far in our drive for greater efficiency.”

In his defense he said it was a basic misunderstanding over what constituted acceptable conservative governance. He simply hadn’t realized that the health implications were that big a deal.

“Given my party’s obsession with undoing healthcare reform, I assumed that harming children was not just okay, but actually a good thing. Sorry I got so confused.”

Governor Snyder pointed out that even if the poisoned children’s IQ’s aren’t affected, given where they live, Republican policies are likely to afford them little opportunity to make use of their intelligence in any case.

“No real harm done, in other words.”