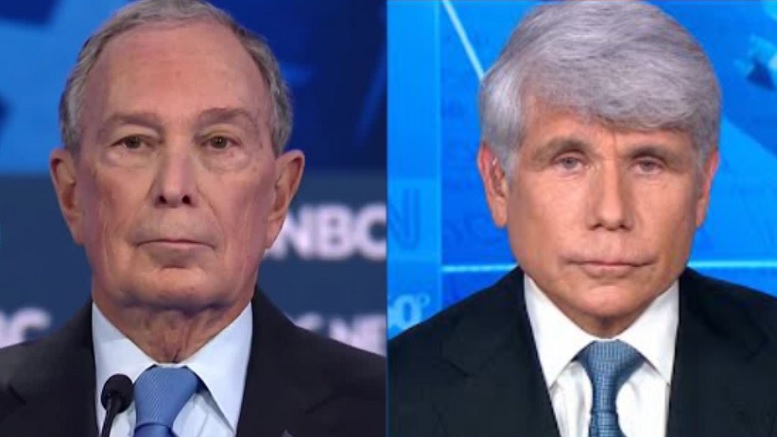 CBS executives have announced an exciting new sitcom featuring Mike Bloomberg and Rod Blagojevich to be rushed into production called ‘OWNED’. They expect it to be rapidly embraced by the viewing public as one of the most hilarious things on primetime.

“It’s like 2 Broke Girls except instead of that it’s a pair of old white male egomaniacs who have a lot of money – well one of them anyway.”

Part of the humor comes from Rod’s ceaseless efforts to rent Mike room out for cash, even though it’s not his to do that with.

“Like all sitcom characters they never learn and keep making the same mistakes over and over.”

In the pilot, Rod thinks he can take control of his narrative by going on a current affairs show, while Mike thinks he can grab a party nomination by buying his way into a televised debate.

“Boy do they both get owned by the end.”

Future episodes will all use the same essential plot, with both of them coming up with a scheme that goes terribly wrong when they get publically and humiliatingly owned.

“You’d think it gets old but it never does!”