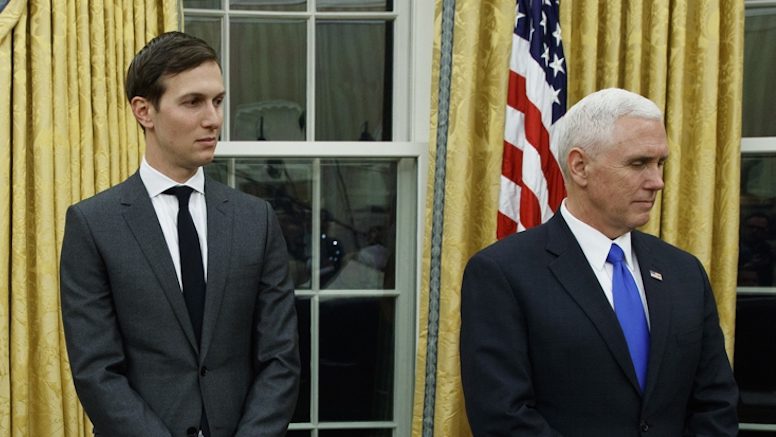 Vice President Mike Pence is reportedly inconsolable after learning that Jared Kushner – someone he has been alone with including in the tight confines of an elevator – has been registered for voting purposes as a woman.

“I have sinned, oh Lord. Canst thou ever forgive me?”

Despite being assured that it was an administrative error, Pence says even that is enough to qualify as a huge transgression. Most distressing is the fact that Pence was often alone with Kushner and his wife, Ivanka Trump, something he can’t bear to think of now.

Though he studiously avoiding lunching alone with women as that would inevitably lead to sin, Pence cannot remember for sure whether he ever broke bread with Kushner. He says the worst part is how it is affecting his relationship with his wife.

“How can I look Mother in the face after this vile betrayal.”