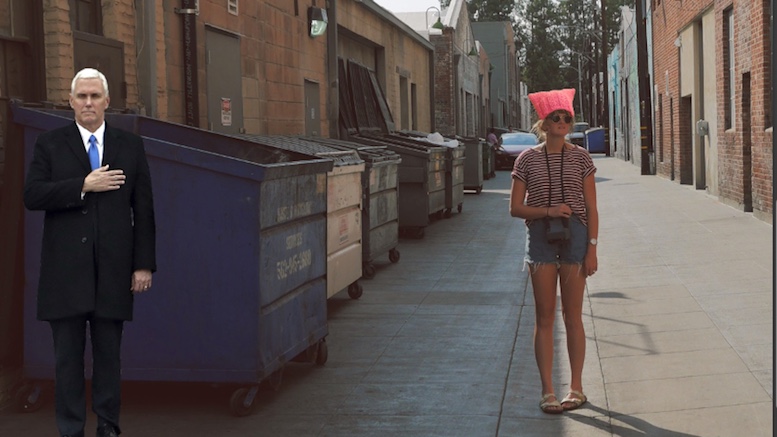 Vice President Mike Pence apologized for not being able to perform his duties today after the presence of thousands of protesting women in downtown Washington DC, combined with his strict refusal to ever be alone with one, effectively left him trapped in an alleyway.

Pence initially thought he had his problem solved:

“All I need is for a military helicopter to winch me up and drop me on White House grounds where the density of females is acceptably low.”

However that plan became unworkable when Pence learned there are female pilots in the military, so he couldn’t be certain his would be male.

As of the time of writing, Pence was on the phone to his wife assuring her that everything was fine, and he would be home as soon as it was safe to venture from his safe spot next to a dumpster.